To share your memory on the wall of C. Lehman, sign in using one of the following options:

Provide comfort for the family by sending flowers or planting a tree in memory of C. Lehman

Provide comfort for the family by sending flowers or planting a tree in memory of C. Lehman

Born January 12, 1949 in Waynesboro, PA, he was a son of the late Charles and Mary (Kauffman) Lehman

Born January 12, 1949 in Waynesboro, PA, he was a son of the late Charles and Mary (Kauffman) Lehman

Doug was a former member of NRA, BASSMASTER Assoc., and FLW.

Doug was preceded in death by a step son, Michael McCarty and a sister, Cheryl Forrest.

A memorial service will be held at 2:00 PM October 14, 2020 at Greencastle Church of the Brethren, 36 S. Carlisle St., Greencastle, with Pastor Jesse Miles officiating.

There will be no viewing; however, the family will receive friends one hour prior to the service at the church.
Read Less

To send flowers to the family or plant a tree in memory of C. Douglas Lehman, please visit our Heartfelt Sympathies Store.

Receive notifications about information and event scheduling for C.

We encourage you to share your most beloved memories of C. here, so that the family and other loved ones can always see it. You can upload cherished photographs, or share your favorite stories, and can even comment on those shared by others.

Posted Oct 08, 2020 at 12:06pm
To the family and friends of C. Douglas Lehman. Our heartfelt thoughts go out to you in this time of sorrow.

Flowers were purchased and a memorial tree planted for the family of C. Lehman. Send Flowers

Posted Oct 08, 2020 at 11:06am
My best memories of my brother were of our childhood. When Doug was a teen and going to dances with Linda. He and Sharon Gunder had dances in Sharon's garage. I was allowed to stay only until 9 pm. I grew up listening to my older brothers music. I guess that is why I love most genres. Daddy, Mother and Doug all had the dance moves including the Jitter Bug. I loved watching them on the dance floor. I hope you are all enjoying a good jig together now. Until we meet again. Love Judy
Comment Share
Share via:
RB

Posted Oct 08, 2020 at 06:12am
Sorry to hear about Doug’s passing, I worked with him in the 60’s at American Can Co. in Chambersburg. Praying for the family.
Comment Share
Share via:
LM

Posted Oct 07, 2020 at 08:31pm
Wilma, Keith, Chris, Kelly and Families......it is with much sadness that we have to say farewell to such a great guy and extra special friend. Our memories of the fun we had camping, dancing etc. will always remain in our hearts. Doug always greeted us with a big smile and hug......loved it when we were all together and laughed so much (especially learning to water ski). We watched you kids grow up into happy, successful young men and women. Just know that our thoughts and prayers are with you all during this very difficult time....bunches of hugs coming your way......
Comment Share
Share via:
KK 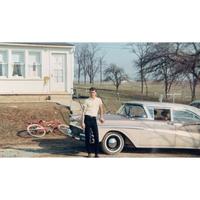 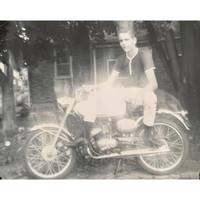