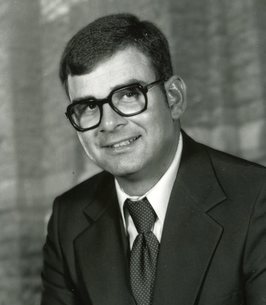 Share this tribute
Memorial Candles Lit for G. Alan | SEE ALL
Light a Candle
"We are honored to provide this Book of Memories to the family."
— Lininger-Fries Funeral Home, Inc.
Funeral Details Memory Wall Photos & Videos Plant a Tree

Print
G. Alan Shelly, 64, of Mercersburg, died unexpectedly November 28, 2018.
Born April 16, 1954 at Chambersburg, he was a son of Thelma Garland Shelly of Mercersburg, and the late Glenn O. Shelly.
Alan was a 1972 graduate of James Buchanan High School, Mercersburg. He earned an associate degree in agriculture from Penn State University. Along with his late father, he owned and operated Ag Products Company, Inc. of Mercersburg. He later worked in warehousing at True Value and Home Depot Direct both of Hagerstown and was last employed at Franklin Storage of Chambersburg.
Alan enjoyed farming and being outdoors. He liked reading and loved spending time with his sons and grandson.
Alan was a member of First United Methodist Church of Mercersburg.
In addition to his mother he is survived by his wife, Sherre L. Miller Shelly, whom he married May 29, 1976. Three sons, Jeffrey Shelly of Elizabethtown, Justin Shelly of Mercersburg, Jeremy Shelly of San Francisco, and a grandson Grayson Oliver Shelly. Also surviving are a sister, Mala Jean (Robert) Raubenstine of Hanover and nieces and nephews.
Funeral services will be held at 11:00 AM Tuesday December 4, 2018 at First United Methodist Church, Mercersburg, with Reverend Michael Baughman officiating.
Viewing Monday from 6 to 9 PM at Lininger-Fries Funeral Home Inc., Mercersburg.
The family is accepting flowers or donations may be made to the Capital Fund of First United Methodist Church, 11 N. Fayette St., Mercersburg, PA 17236.

To plant a tree in memory of G. Alan Shelly, please visit our Heartfelt Sympathies Store.

We encourage you to share any memorable photos or stories about G. Alan. All tributes placed on and purchased through this memorial website will remain on in perpetuity for future generations.

Add Photos Post Condolence
Dearest Shelly family, my deepest condolences on your loss of Alan. What a dear and wonderful man!! I was so blessed to have been his chiropractor for many, many years. I am so saddened by what happened. Praising God for his personal testimony to me that he knew Jesus Christ as his Savior. What a blessing to know he is with the Lord in his eternal home! May you all find peace, comfort and joy in the Lord!!
Monday December 24, 2018 via Condolence Message
Share This:
1
Page 1 of 1
Share
×

Thank you for sharing!

Provide comfort for the family by planting a tree.

Or use your email:

Share on Facebook
Plant a Tree in Memory of Your Loved One
An Honouring a Life memorial tree is a unique tribute which provides global benefits like no other memorial gift could.
Plant a Tree
Family Log-In

Connect with families at their time of loss. By subscribing to email updates, you will receive two daily updates containing all new stories, photos, candle lightings, condolences, and more.