To share your memory on the wall of Harvey Bricker, sign in using one of the following options:

Born September 7, 1932 in Mercersburg, he was a son of the late Russell M. and Mabel (Lawson) Bricker.
Harvey was ... Read More
Harvey M. Bricker, Sr., 87, of Mercersburg, PA died July 3, 2020 in the Chambersburg Hospital, Chambersburg, PA.

Born September 7, 1932 in Mercersburg, he was a son of the late Russell M. and Mabel (Lawson) Bricker.
Harvey was a graduate of the Mercersburg High School. He was a left-handed pitcher for the high school baseball team. During his life he was employed at Greencastle Packing Company, Mercersburg Tannery and Tuscarora School District, Mercersburg, where he worked as a custodian and later head custodian at Mercersburg Elementary School.

He served in the US Army in Korea during the conflict.

He was a member of Two Top Fellowship Church, Mercersburg. Former 30-year member of Mt. Tabor Brethren In Christ, Mercersburg, where he had served as a church deacon, treasurer, and board member.

Harvey was preceded death by three siblings, Russell Bricker, Jr., Michael Bricker, and Mary Zeger. He was the last of his immediate family.

Surviving family include his wife, Mary E. (Bingaman) Bricker, whom he married May 30, 1955. Daughter, Barbara A. Gadway and a son, Harvey M. Bricker, Jr. both of Mercersburg, three grandchildren, Dean Gadway of Mercersburg, Heather Vosburg of Fannettsburg, PA, and Cory Michael-Bricker Kennedy of McConnellsburg, PA, five great grandchildren and numerous nieces and nephews.

A graveside funeral service will be held at 11:00 AM July 9, 2020 in Welsh Run Church of the Brethren Cemetery, Mercersburg, with Pastor Paul A. Martin officiating.

There will be no viewing, however the family will receive friends one hour prior to the service Thursday at the cemetery.

To send flowers to the family or plant a tree in memory of Harvey M. Bricker Sr., please visit our Heartfelt Sympathies Store.

Receive notifications about information and event scheduling for Harvey

We encourage you to share your most beloved memories of Harvey here, so that the family and other loved ones can always see it. You can upload cherished photographs, or share your favorite stories, and can even comment on those shared by others.

Posted Jul 09, 2020 at 10:34am
I just found out that Harvey had left this life for a better one. Sorry for your loss. I remember the years you and Harvey babysat for me in the 80's. Thoughts and prayers are with you.
Comment Share
Share via: 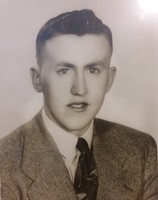