To share your memory on the wall of John Heinbaugh, sign in using one of the following options:

Print
John Wayne “Fizz” Heinbaugh, 72, of Mercersburg went to be with our Lord and Heavenly father Thursday, May 28, 2020.

Born August 9, 1947 in Waynesboro, PA, he was a son of the late Donald H. and Clara Lou Boller Heinbaugh.

John Wayne “Fizz” Heinbaugh, 72, of Mercersburg went to be with our Lord and Heavenly father Thursday, May 28, 2020.

Born August 9, 1947 in Waynesboro, PA, he was a son of the late Donald H. and Clara Lou Boller Heinbaugh.

John graduated from James Buchanan High School in 1966. He worked as a self-employed carpenter since high school. His hobbies were hunting, gardening, woodworking, and hunting mushrooms. He enjoyed spending time with his grandchildren and family. John liked walks in the mountains and to sit by a tree and watch the squirrels and listen to the birds sing. John was a star basketball player in school and was known as the home run hitter on Cove Gap’s softball team.

John is preceded in death by his siblings, Edward A. Heinbaugh, Robert E “Dump” Heinbaugh, and Terry “Butch” Heinbaugh.

A funeral service will be Tuesday June 2, 2020, 11:00 AM at Two Top Fellowship Church with Pastor Ronnie Martin Sr. officiating. There will be a visitation 2 hours prior to the service at the church. Burial will take place at Fairview Cemetery.

Masks will be available if you do not have one, and social distancing guidelines will be followed.

To send flowers to the family or plant a tree in memory of John Wayne "Fizz" Heinbaugh, please visit our Heartfelt Sympathies Store.

Receive notifications about information and event scheduling for John

We encourage you to share your most beloved memories of John here, so that the family and other loved ones can always see it. You can upload cherished photographs, or share your favorite stories, and can even comment on those shared by others. 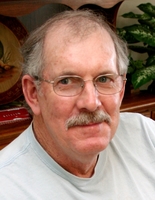