To share your memory on the wall of Lloyd Myers, sign in using one of the following options:

Provide comfort for the family of Lloyd Myers with a meaningful gesture of sympathy.

Lloyd was married to the late Margaret E. (Clever) Myers until her death in 1990. He served in the United States Navy during WWII and was stationed on the USS Bennington, aircraft carrier. Lloyd worked for Fry Coal and Stone Co., Martin Marietta, and H.B. Mellott’s . He enjoyed the outdoors, hunting, fishing, and spending time with his family more than anything. Lloyd was a member of Clayton Memorial Church of God.

To send flowers to the family or plant a tree in memory of Lloyd E. Myers, please visit our Heartfelt Sympathies Store.

Receive notifications about information and event scheduling for Lloyd

We encourage you to share your most beloved memories of Lloyd here, so that the family and other loved ones can always see it. You can upload cherished photographs, or share your favorite stories, and can even comment on those shared by others. 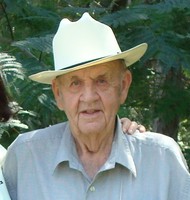