To share your memory on the wall of Maureen Zahor, sign in using one of the following options:

The gesture that can change the world

Provide comfort for the family by sending flowers

We encourage you to share your most beloved memories of Maureen here, so that the family and other loved ones can always see it. You can upload cherished photographs, or share your favorite stories, and can even comment on those shared by others.

Posted Jan 08, 2019 at 01:40pm
We pray for your family during this difficult time may the Lord comfort your family .
Neighbors - Bill & Cathy Wilhelm
Comment Share
Share via:
M

Posted Jan 08, 2019 at 12:11am
With our deepest Sympathy in memory of Maureen. She was such a warm sweet friend. We loved her so much.

Posted Jan 05, 2019 at 03:32pm
Maureen was one in 1 million and I can only imagine how many lives and she has touched in this world! The Zahor family in general has been like a second family to me and our families heartfelt condolences go out to each and everyone of you, but especially to Jack. I can’t imagine losing a spouse and no words that I can say will ever fully express the pain you must be feeling . Our family will continue to keep all of you in our prayers.
Comment Share
Share via:
LS

Posted Jan 05, 2019 at 02:18pm
John and boys,
Please accept our deepest condolences on the passing of Maureen. She was a delight to be around as well as a very kind and special lady.
Comment Share
Share via:
PN

Posted Jan 04, 2019 at 08:39pm
Memory Eternal for Maureen! With our deepest sympathy, please know that your family is in our prayers. 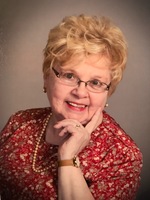