To share your memory on the wall of Michael Stoner, sign in using one of the following options:

Provide comfort for the family of Michael Stoner with a meaningful gesture of sympathy.

Print
Michael Watson Stoner, 78, of Hagerstown, Maryland passed away on Tuesday, April 21st after a long battle with MDS. He was the son of the late Watson C. Stoner and Catherine Strickler Stoner, of Waynesboro, Pennsylvania.

Mike graduate... Read More
Michael Watson Stoner, 78, of Hagerstown, Maryland passed away on Tuesday, April 21st after a long battle with MDS. He was the son of the late Watson C. Stoner and Catherine Strickler Stoner, of Waynesboro, Pennsylvania.

Mike graduated from Mercersburg Academy in 1959 where he was an All-American swimmer. Receiving his Bachelor of Architecture Degree from Virginia Tech University in 1964, Mike went on to attend Naval Officer’s Candidate School. He was commissioned as an officer in May of 1965 and married his childhood sweetheart, Jeanne Price, on the same day.

After attending Naval Justice School, Mike served as the deck and weapons officer on the LST, USS Cheyboygan County stationed in Little Creek, VA which deployed annually to Panama. In 1968 he entered the field of architecture in Baltimore, MD. Shortly thereafter Mike relocated his family to Hagerstown, MD designing for the architectural firm of Bushey and Burrey, AIA. In 1984 The Stoners moved to Hollidaysburg, PA where he established the architectural firm for The Patt Organization. 1991 found the Stoners returning to Hagerstown where Mike worked as the Hagerstown Housing Authority’s architect and Deputy Director, retiring in 2012.

Mike was a member of the American Institute of Architects, Fountain Head Country Club, The Hagerstown Exchange Club (President, 83), The Hagerstown Rotary Club, and was on the Board of Technical Appeals for the City. As a member of Zion Reformed United Church of Christ he served as both a deacon and elder. He loved the game of tennis, tournament bridge and was an avid reader. His hobby, “railroading” was a life-time passion. In retirement he was known to travel unpaved roads with his dog as a companion, ignoring no trespassing signs, while watching for trains, and listening to bluegrass and country music.

A graveside service will be held in the Fairview Cemetery, Mercersburg, PA for the immediate family. A celebration of Mike’s life will take place at a later date. In lieu of flowers, memorial donations should be mailed to the American Red Cross, 1131 Conrad Ct. Hagerstown, MD 21740, or please consider donating blood.
Read Less

To send flowers to the family or plant a tree in memory of Michael W. Stoner, please visit our Heartfelt Sympathies Store.

Receive notifications about information and event scheduling for Michael

We encourage you to share your most beloved memories of Michael here, so that the family and other loved ones can always see it. You can upload cherished photographs, or share your favorite stories, and can even comment on those shared by others.

Posted May 01, 2020 at 11:52pm
Dear Stoner family, We are saddened to hear of the loss of such a fine man. I always remember him passionately playing tennis at FHCC and being there for all his children at the pool and for all their activities / swimming / diving. He was a dedicated father for sure! And we had fun growing up with his children. He and his wife made a great pair! All our heartfelt condolences at this most difficult time. Peace... Rob Lyles
Comment Share
Share via:
RF

Posted Apr 28, 2020 at 01:57pm
Dear Jeanne and Family,
We are saddened to learn of Mike's passing. Please accept our sincere condolences and prayers.
Sincerely,
Ranelle and Mike Flurie

Posted Apr 24, 2020 at 01:57pm
Dear Jeanne, We are so sorry for your loss. We know that life will never be the same.. Lean on your family and friends at this time for extra comfort and strength. We were so glad to see Michael at our last Class of 59 reunion and how well he appeared. Hope to see you at our next get-together (no date set yet). Our prayers are with you. Love, Patty & Chip.
Comment Share
Share via:
T 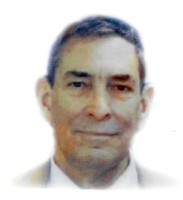