To share your memory on the wall of Ruby Woolwine, sign in using one of the following options:

Print
On the morning of October 27th, 2019, Ruby Inez Woolwine of Clayton, DE went to be with the Lord, through natural causes, at the age of 90.

Born May 13, 1929 in Ellicott City, MD, Ruby was a daughter of the late Elijah and Cletia May Win... Read More
On the morning of October 27th, 2019, Ruby Inez Woolwine of Clayton, DE went to be with the Lord, through natural causes, at the age of 90.

Born May 13, 1929 in Ellicott City, MD, Ruby was a daughter of the late Elijah and Cletia May Winstead. Ruby was the oldest of the "Winstead Nine" siblings. She attended elementary school in Ellicott City, MD, and high schools in Ephrata PA, and in Clarksville, MD. She was an award-winning employee for the U.S. Social Security Administration for over 30 years, retiring in 1984. She enjoyed cooking, making crafts, playing the piano, quilting, sewing, and spending time with her grandchildren. Most of all, she enjoyed making people laugh and listening to music. She was a great friend with a kind heart to everyone she met.

Ruby is survived by her daughters, Kathy and Victoria Lawson of Delaware, and six grandchildren: Amber Dewald of Red Lion, PA, Eric Swift of Pittsburgh, PA, Ryan Simons of Mercersburg, PA, Rodney Simons of Camden-Wyoming, DE, Ronald Rosewell III and Rachel Roswell of Rehoboth, DE. She is also survived by many nieces and nephews, and many great-grandchildren and her brothers Donald Winstead of Santa Ana, CA and Richard Winstead of Catonsville, MD. Finally, Ruby is survived by Countessa, her Jack Russell and beloved companion of the last 13 years.

A private memorial service will be held in Arlington Nation Cemetery at a future date.
Contributions may be made in honor of Ruby to the American society for the prevention of cruelty to animals. www.aspca.org
Read Less

To send flowers to the family or plant a tree in memory of Ruby I. Woolwine, please visit our Heartfelt Sympathies Store.

Receive notifications about information and event scheduling for Ruby

There are no events scheduled. You can still show your support by sending flowers directly to the family, or planting a memorial tree in memory of Ruby I. Woolwine.
Visit the Heartfelt Sympathies Store

We encourage you to share your most beloved memories of Ruby here, so that the family and other loved ones can always see it. You can upload cherished photographs, or share your favorite stories, and can even comment on those shared by others. 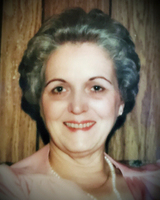