To share your memory on the wall of Sam Smith, sign in using one of the following options:

Born September 4, 1936 in Cove Gap, Pennsylvania, he was a son of the late John A. and Mildred Miller Smith.

Born September 4, 1936 in Cove Gap, Pennsylvania, he was a son of the late John A. and Mildred Miller Smith.

Sam started working for Rockwell’s Sawmill in 1948 at the age of 12. On December 28, 1953, he married Jean Smith in Hagerstown, Maryland. Sam worked for RH Lumber Company, Appalachian Stone Quarry, Grove Manufacturing, and the Tuscarora School District. He enjoyed the outdoors, specifically at flea markets, and spending time with his family. He was a fan of the Washington Nationals Baseball team, and also enjoyed coaching softball. Sam was a fan of NASCAR, dirt track and drag racing.

Sam was a member of the Mercersburg Sportsmen’s and the Charlestown United Methodist Church.

Sam is preceded in death by his daughter, Peggy L. Keefer, his son, Michael A. Smith, son-in-law Ronnie J. Shives, and his brother Tommy T. Smith.

In lieu of flowers, contributions may be made to Charlestown United Methodist Church.

The family will schedule a service later at their convenience.

To send flowers to the family or plant a tree in memory of Sam Smith, please visit our Heartfelt Sympathies Store.

Receive notifications about information and event scheduling for Sam

There are no events scheduled. You can still show your support by sending flowers directly to the family, or planting a memorial tree in memory of Sam Smith.
Visit the Heartfelt Sympathies Store

We encourage you to share your most beloved memories of Sam here, so that the family and other loved ones can always see it. You can upload cherished photographs, or share your favorite stories, and can even comment on those shared by others.

Posted Jun 07, 2020 at 06:34pm
As everyone knows, Sam was a good & decent man. He exuded love of God, family & country. A man who counted the days when the World Series was over & spring training would start again. A person who you looked forward to see & missed if he was absent. Sam was a salt of the earth person who made America & his community a better place. He will be missed.
Comment Share
Share via:
CM 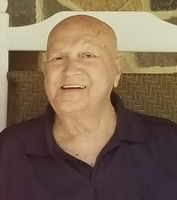 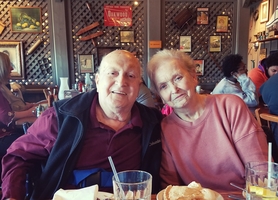 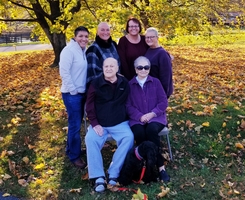 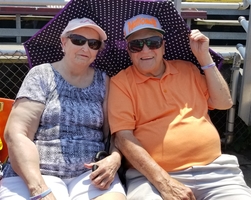