To share your memory on the wall of Terrance Ross, sign in using one of the following options:

Born October 10, 1944 in Harrisburg, Pa, he was the son of the late William G Ross and Helen E Smith-Ross of Wormleysburg, Pa.

Born October 10, 1944 in Harrisburg, Pa, he was the son of the late William G Ross and Helen E Smith-Ross of Wormleysburg, Pa.

Born with Spastic Quadriplegia-Cerebral Palsy, the most severe form of CP, Terrance became a fully functioning adult learning to walk, talk, and write, by his late teens. He was twice awarded the Easter Seal Poster Child of the Year for his personal achievements and as an ambassador for the Cerebral Palsy cause.

Terry’s favorite pastime was traveling which he did often throughout the northeast to visit friends and family.

In his 20s he took a job with the State of Pennsylvania as a page delivering mail and packages to members of the Assembly at the State Capital. He held this job for over 20 years and retired in 1985.

He was involved and supported by his community with active memberships in the Elks and Kiwanis Clubs.

Surviving family include his brother Jerrold Ross and his sister-in-law Debby Schmitz- Ross.

His late mother Helen Smith-Ross was the granddaughter of William H Smith Sr a long time resident of Mercersburg, Pa. who built, in 1910 on Linden Avenue, “Rosemont”, one of the best examples of a Classical Revival House in Franklin county.

To send flowers to the family or plant a tree in memory of Terrance James Ross, please visit our Heartfelt Sympathies Store.

Receive notifications about information and event scheduling for Terrance

There are no events scheduled. You can still show your support by sending flowers directly to the family, or planting a memorial tree in memory of Terrance James Ross.
Visit the Heartfelt Sympathies Store

We encourage you to share your most beloved memories of Terrance here, so that the family and other loved ones can always see it. You can upload cherished photographs, or share your favorite stories, and can even comment on those shared by others. 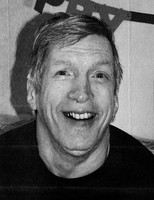