To share your memory on the wall of Terry Thomas, sign in using one of the following options:

Terry attended James Buchanan... Read More
Terry L. “Shultz” Thomas, 67, of Mercersburg, passed away at his home on Monday, June 29, 2020.
Born March 27, 1953 in Waynesboro, PA, he was a son of the late Winfield and Beulah Harnish Thomas.

Terry was a member of the Mercersburg Moose Lodge 1790 and the American Legion Post 517.

Terry is survived by his wife of 47 years, Teresa A. Thomas and two brothers, John M. Thomas of Mercersburg, and Robert E. (Dolly) Thomas of Burnt Cabins. He is survived by sister-in-laws: Tammie (Terry) Riley of Mercersburg, Sandra Royer of Maugansville, MD, Karen Hinckle of Berkley Springs, WV, a brother-in-law Rodney Shoemaker, and many nieces and nephews.

There will be a private memorial service for family only at 11:00 AM on Wednesday July 8, 2020 at Lininger-Fries Funeral Home Mercersburg, PA with David Mills officiating. The family will receive friends 1 hour prior to the service. A public memorial service will be scheduled at Saunderosa Park for a later date.

In lieu of flowers, contributions can be made to Lininger-Fries Funeral Home to defray Terry’s expenses.
Read Less

To send flowers to the family or plant a tree in memory of Terry L. "Shultz" Thomas, please visit our Heartfelt Sympathies Store.

Receive notifications about information and event scheduling for Terry

We encourage you to share your most beloved memories of Terry here, so that the family and other loved ones can always see it. You can upload cherished photographs, or share your favorite stories, and can even comment on those shared by others.

Posted Jul 02, 2020 at 02:40pm
Theresa and Family....we were very shocked to hear about Terry. We are thinking and sending prayers to you and your family. We have known you guys for a very long time. The campground has lost a very special friend. We have so many good memories.
Comment Share
Share via:
TJ 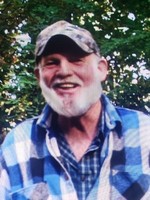