To share your memory on the wall of Vicki Johnson, sign in using one of the following options:

Born April 25, 1954 at Berkley Springs, WVA, she was a daughter of Pauline McFadden Johnson of Greencastle, PA, and the late Richard E. Johnson.

Vicki was a former employee of Sylvania Shoe Co., Fresh Express, and Beck Manufacturing all of Greencastle.

Vicki enjoyed television and word puzzles. She was a former member of Grace Bible Church, Greencastle.

In addition to her mother Vicki is survived by a brother, Richard L. Johnson, of Greencastle, and three nephews. She was preceded in death by a brother, Gary W. Johnson.

A private memorial service will be held at the convenience of the family.
Read Less

To send flowers to the family or plant a tree in memory of Vicki A. Johnson, please visit our Heartfelt Sympathies Store.

Receive notifications about information and event scheduling for Vicki

There are no events scheduled. You can still show your support by sending flowers directly to the family, or planting a memorial tree in memory of Vicki A. Johnson.
Visit the Heartfelt Sympathies Store

We encourage you to share your most beloved memories of Vicki here, so that the family and other loved ones can always see it. You can upload cherished photographs, or share your favorite stories, and can even comment on those shared by others. 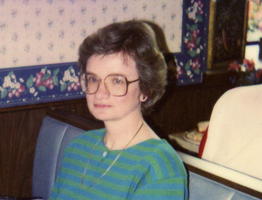